Get to the Cross and Never Leave 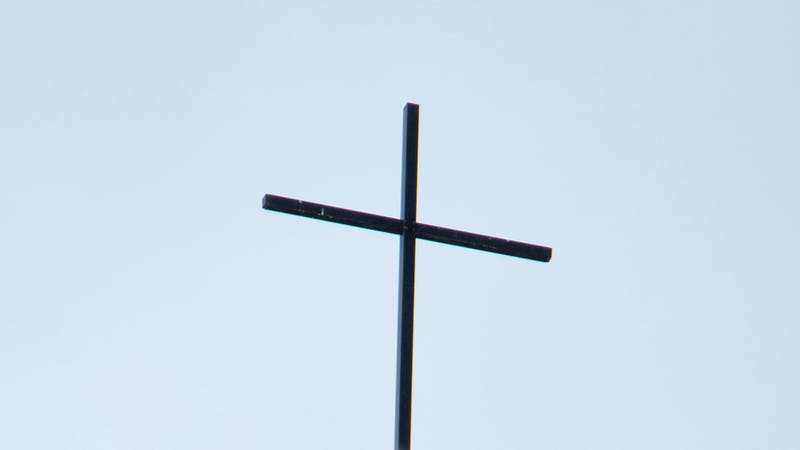 19 Sep Get to the Cross and Never Leave

Posted at 08:15h in Blogging by Heather Ward 0 Comments
0 Likes


Christians, in theory, cling to an “old, old story” in an era freshly fixed on what’s new. As a society, we are increasingly like — and now perhaps exceed — those ancient Athenians who “would spend their time in nothing except telling or hearing something new” (Acts 17:21). The information and digital revolutions have conspired to create a veritable vortex of telling and hearing new things (“news,” for short). Meanwhile, we Christians cling to our admittedly (and gloriously) ancient truths — truths both out of step with the news milieu, and precisely what we most need to regain our bearings and restore spiritual sanity.

In the early 1990s, D.A. Carson identified a danger now all the more pressing a generation later: “The cross, without ever being disowned, is constantly in danger of being dismissed from the central place it must enjoy, by relatively peripheral insights that take on far too much weight” (The Cross and Christian Ministry, 26). And the temptation goes back even further than that. Pastor and poet Horatius Bonar (1808–1889) wrote in 1864 in the book God’s Way of Holiness,

The secret of a believer’s holy walk is his continual recurrence to the blood of the Surety, and his daily [communion] with a crucified and risen Lord. All divine life, and all precious fruits of it, pardon, peace, and holiness, spring from the cross. All fancied sanctification which does not arise wholly from the blood of the cross is nothing better than Pharisaism. If we would be holy, we must get to the cross, and dwell there; else, notwithstanding all our labor, diligence, fasting, praying, and good works, we shall be yet void of real sanctification, destitute of those humble, gracious tempers which accompany a clear view of the cross.

Bonar’s charge cuts painfully across the grain of our day, and perhaps his antiquated language might give us a much-needed angle of focus as we cling to the ancient center in the era of media inundation.

All Springs from the Cross?

What is the biblical support for such a claim that all true holiness and good works “spring from the cross”? For the early Christians, that Jesus had been crucified was not simply a singular event, but it quickly became part of his identity, and theirs. Everything changed when God was crucified.

“Other world systems of belief will dream up resurrection. Only Christianity puts God on the cross.”

“Crucified” became a kind of identifying descriptor of our Lord even in the immediate aftermath of his resurrection, when the angel speaks to the women at the empty tomb: “Do not be afraid, for I know that you seek Jesus who was crucified. He is not here, for he has risen” (Matthew 28:5–6; so also Mark 16:6, “Jesus of Nazareth, who was crucified”). Then, fifty days later, at the climactic moment of his Pentecost address, Peter declares, “Let all the house of Israel therefore know for certain that God has made him both Lord and Christ, this Jesus whom you crucified” (Acts 2:36).

Soon after, in Acts 4, when Peter has healed a lame beggar and been arrested, and now stands before the council, having been asked, “By what power or by what name did you do this?” (Acts 4:7), he answers, “By the name of Jesus Christ of Nazareth, whom you crucified, whom God raised from the dead” (Acts 4:10). “Crucified,” as an identifying marker of Jesus, then came into its own in the ministry of the apostle Paul, who writes to the Galatians that, in his preaching, “Jesus Christ was publicly portrayed as crucified” (Galatians 3:1).

For the apostles and early church, that Jesus was crucified was not accidental or peripheral; it was profoundly revealing. Counterintuitively, the early church didn’t try to hide his crucifixion but push it front and center. The Son of God had not only taken on our flesh and blood, but he had given himself, sinless, in our stead, to execution at the cross — which revealed to us, through Jesus, the very person and heart of God for his people (Romans 5:8). As Carson says about the cross, this was “the most astonishing act of divine self-disclosure that has ever occurred” (16).

Christ and Him Crucified

“For the apostles and early church, that Jesus was crucified was not accidental or peripheral; it was profoundly revealing.”

The cross is not simply a component of the gospel message that tips nonbelievers into the kingdom through faith. Rather, the cross reveals to us God himself and his ways in the world (“wisdom”), and how to get right with him (“righteousness”) and be holy (“sanctification”) and be bought back from the world (“redemption”). Which is why Paul would go on to say, “I decided to know nothing among you except Jesus Christ and him crucified” (1 Corinthians 2:2) — not because his preaching was so narrow and restrained, but because the cross is so massive and all-pervasive.

Paul came to Corinth and Ephesus and everywhere he went with “the whole counsel of God” (Acts 20:27). It’s not that he limited his scope in Corinth, but that the cross was so central, so omni-relevant, so deeply revelatory, that all he had to say, about any subject under the sun (“I did not shrink from declaring to you anything that was profitable,” Acts 20:20) did indeed “spring from the cross,” in the words of Bonar. As Carson comments on 1 Corinthians 2:2, “What [Paul] means is that all he does is tied to the cross. He cannot talk long about Christian joy, or Christian ethics, or Christian fellowship, or the Christian doctrine of God, or anything else, without finally tying it to the cross. Paul is gospel-centered; he is cross-centered” (38).

Early on, the cross became the symbol of Christianity, and has remained so to this day, not simply because it was easier to depict graphically than an empty tomb. The cross represents the whole of the Christian faith not to minimize the resurrection, or to in any way downplay its cataclysmic importance and essentiality, but because it is the cross that slays worldly wisdom and expectations. Resurrection displays an otherworldly power, but the cross puts to shame human vision. We will not see power in the resurrection until we have seen God’s upbraiding wisdom in the cross. Which makes the cross especially distinctive and appropriately representative. Other world systems of belief will dream up resurrection (even though they can’t produce it). Only Christianity puts God on the cross.

In 1 Corinthians 1:30, Paul says that this crucified Christ “became to us . . . sanctification,” or literally, holiness (Greek hagiasmos). Bonar speaks to two sanctifications: real and fancied. “Fancied sanctification,” he says, “does not arise wholly from the blood of the cross.”

With this, John Owen would agree. Commenting on Psalm 130:4 (“with you there is forgiveness, that you may be feared”), he expresses how essential it is to approach God on the basis of forgiveness: “Now, the psalmist tells us that the foundation of this fear or worship, and the only motive and encouragement for sinners to engage in it and give up themselves unto it, is this, that there is forgiveness with God. Without this no sinner could fear, serve, or worship him” (Works of John Owen, 6:469).

For Christians, true worship and “real sanctification” not only flow from the purchase of the cross, but also draw strength from conscious faith in the crucified Christ. We know our former selves to be crucified with him (Romans 6:6). “I have been crucified with Christ,” Paul says. “It is no longer I who live, but Christ who lives in me. And the life I now live in the flesh I live by faith in the Son of God, who loved me and gave himself for me” (Galatians 2:20). So also for us: “Those who belong to Christ Jesus have crucified the flesh with its passions and desires” (Galatians 5:24). “Far be it from me to boast except in the cross of our Lord Jesus Christ, by which the world has been crucified to me, and I to the world” (Galatians 6:14).

Practically, then, how do we “get to the cross, and dwell there,” as Bonar commends? Again, he claims, “The secret of a believer’s holy walk is his continual recurrence to the blood of the Surety, and his daily [communion] with a crucified and risen Lord.”

“God will see to it that our hearts never tire of knowing our Lord as crucified.”

“The Surety” here is a reference to the cross as an objective event and fact, and demonstration of God, in history, of his gracious heart toward his people, and the guarantee of his everlasting favor. Bonar commends “continual recurrence” to the cross in daily communion with our crucified and risen Lord. Similarly, in holding up Paul’s cross-centered vision, Carson commends we “constantly reappropriate” the reality of the gospel, and particularly the cross (25).

Neither Paul, nor Bonar, nor Carson then turns to prescribe to every Christian what “continual” and “constant” getting to the cross must look like in every time and season and life. The precise means of your dwelling at the cross may look different than mine. But Christians in every time and place might benefit from asking themselves, Am I indeed getting to the cross? Do I really dwell there? What would it take for me to do so? How constant and how continual our approach may vary, but we either “get to the cross, and dwell there” or not. And our holiness is either real or fancied.

Bonar does mention one other general indicator: “daily.” And I can testify that daily is not too often. God will see to it that our hearts never tire of knowing our Lord as crucified. Having lived with this old, old truth now for almost fifteen years, I can say it’s never grown close to old.